Pathogenic bacteria, protozoa, and viruses can be transmitted via the foods and beverages we consume. Even large companies with quality control procedures including microbial testing are vulnerable to the production and distribution of contaminated foods and beverages.

According to the Centers for Disease Control (CDC), the three most common foodborne pathogenic bacteria leading to hospitalization are Escherichia coli (strain O157:H7), Salmonella, and Campylobacter. Another bacterium, Listeria, has been in the news in recent years as well and is now on the CDC’s list of top 5 foodborne pathogens leading to death. The pathogenic bacteria cause mainly digestive symptoms, and some also cause fever. The intensity of symptoms vary from mild to severe and even life threatening. Because of weak immune systems, pregnant women, infants and children, the elderly, and immune-compromised adults are at greater risk. The CDC and US Department of Health & Human Services offer recommendations for consumers to protect themselves, but it’s also the responsibility of producers to take measures to protect their customers and, therefore, their business.1,2

Testing products for microbial contamination becomes necessary when any step in the food production process has the potential to introduce pathogenic organisms, including (but not limited to) the use of raw meat or eggs and fresh produce. Similarly, the risk for contamination increases if the product is handled by humans after the production process but prior to packaging. The question becomes which testing methods to use and when to apply them. Producers of foods and beverages will need to work with their FDA representative to develop a suitable plan for microbial testing.

The Environmental Protection Agency (EPA) recommends a series of standardized methods in its handbook, Standard Methods for the Examination of Water and Wastewater. Many of the EPA’s suggested methods are acceptable for FDA regulatory compliance as well, and are available at www.standardmethods.org/.

These methods follow traditional microbiological techniques to grow, enumerate, and identify microbes. The methods usually begin with an enrichment phase, in which an aliquot of the food sample is cultured in a nonselective media under favorable conditions for the widest variety of microbes. This step ensures any present bacteria have a chance to multiply until they are detectable.

Another organization, the US Pharmacopeia, has assembled a series of monographs that detail other acceptable methods as well in its USP 34 NF 29 and Food Chemical Codex publications, which are available online at www.usp.org/products/ for a fee.

Beside the standardized methods of traditional microbiological testing, relatively new developments in microbe detection are now available. Rapid detection systems utilize a short incubation period followed by either a metabolic or immunochromatographic assay. Both Readycult® and Singlepath® are not  acceptable by FDA standards, but offer faster results for unofficial testing. Similarly, the FDA is assessing the suitability of molecular methods of microbial identification, but hasn’t yet found any of them to be FDA compliant. However, these methods have been used extensively in research for decades, and include PCR amplification of microbe species specific genes followed by electrophoretic separation of the amplified gene products and visualization by UV luminescent staining or DNA sequencing. Molecular methods provide the fastest detection of harmful bacteria. 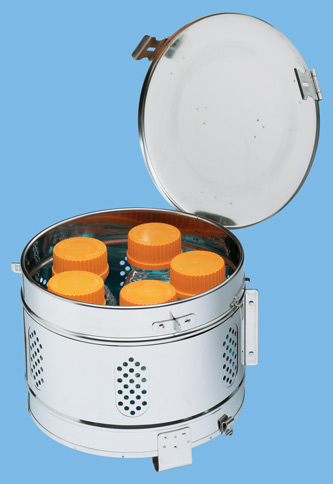 All of the FDA compliant methods for detection of harmful microbes require culturing of product samples to determine if they are contaminated, followed by further testing to enumerate and identify any finished products that are positive for microbial contamination. In addition, the quality assurance department of a food production company will need to periodically validate their protocols by performing positive control tests (such as growing cultures of known bacteria to prove that the methods used are appropriate and performed properly).

The following is a list of equipment and consumable items necessary to begin testing. While the list is not exhaustive, it will set a food production company on the right track. Don’t forget lab basics, such as lab coats, goggles, gloves, and more when outfitting a laboratory for the first time.

If interested in using other methods for unofficial rapid testing, there are the kits and the molecular methods mentioned above. For help in outfitting a laboratory for the standard methods and other methods, please contact a Cole-Parmer Application Specialist.

For additional information on the standard methods and foodborne pathogens in general, go to www.fda.gov/Food/default.htm and www.cdc.gov/