Reprinted with permission from WIKA 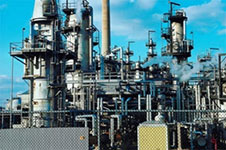 Safety is critical when dealing with hazardous locations and materials. WIKA TRONIC pressure transducers are intrinsically safe because the electronics are designed to operate on a low power. In addition these electronic devices are designed so they cannot store enough energy over time to cause a spark when the energy is released. A zener barrier is used in intrinsically safe systems and limits the power supplied to the transducer. 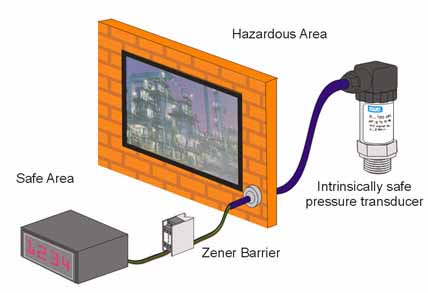 Intrinsically safe systems are often argued to be the safest approach to explosion protection. Compared with other methods they are inexpensive and easy to implement. Integrity inspections are not necessary because energy limitations are designed into the component or wiring; logic says that no conceivable failure could cause a problem. The low energy involved eliminates shock hazards and enables instrument calibration and maintenance while power is flowing through the system. Systems are adaptable to both older technologies and modern systems. However, the system does not protect against explosions induced by mechanical, electrical sparking, chemical reaction, radio waves or lighting strikes. 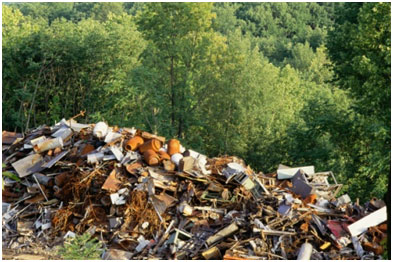 Land fill site that has been filled in and covered. Landfill gas results from the chemical reactions and microbes acting upon the waste as the landfill material begins to break down. Due to the constant production of landfill gas, the increase in pressure within the landfill can cause problems if not contained or released in a controlled manner. 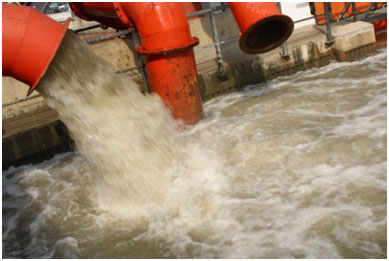 Similarly waste water reservoirs produce flammable gases if the water becomes stagnant. If this is ever likely to be the case and particularly when the area is enclosed then the site can be designated a hazardous area and all instrumentation and equipment need to be explosion proof or intrinsically safe. Pressure measurement is often used to determine waste water levels. 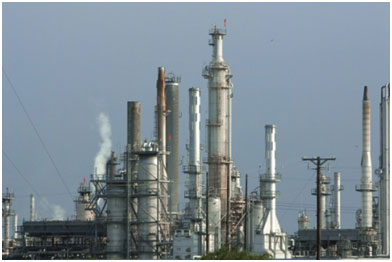 Pressure measurement is used to control plunger lift systems that controls the build-up of pressure in the gas well and hence the productive flow of gas into the transmission system.

WIKA's IS-20 series is a special version of hazardous area transmitters that can be used in Class I, Division 1 and Division 2 areas. The series is also labeled with all three approvals to help support international shipments of OEM equipment designed with these transmitters. Multiple intrinsically safe approvals include FM, ATEX, and CSA; these approvals provide for global recognition and acceptance of these ratings. 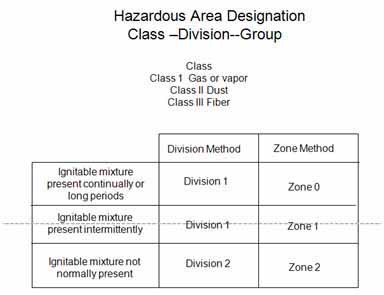 The stainless steel wetted parts feature an all-welded measuring cell for improved media compatibility. There are no soft sealing materials that may react with the media or deteriorate over time. The compact case is also made of stainless steel and is available with environmental protection ratings up to NEMA 6.

The IS-20-S (standard version) is used for general applications in hazardous areas. The IS-21-S and the IS-21-F transmitters feature a flush diaphragm process connection; and are specifically designed for the measurement of viscous fluids or media containing solids that may clog an NPT process connection. The IS-20-F and IS-21-F feature an integral stainless steel junction box with internal terminal block for use in extremely harsh environments.

Complete listing of WIKA IS-20 Transmitters


Learn more about wastewater: What is Wastewater?