In the Thick of Things: Measuring Viscosity

The average person thinks of viscosity as how thick a liquid is, such as when waiting for ketchup to come out of the bottle. Of course, temperature affects the flow of ketchup. At room temperature, ketchup flows much easier than when it is right out of the refrigerator.

Knowing the viscosity of a fluid can be quite important. Many quality control measures are based on viscosity. For example, to maintain consistent quality a ketchup producer needs to maintain the proper viscosity so that the consumer ends up with the product as intended. Paint needs to be able to spread properly, but should not be dripping off of the brush. Ink must come out of a nozzle in a precise manner. In other cases, the design and engineering of equipment and systems must take viscosity into consideration to ensure that they will function as required. The sizing of pumps and mixers depends on the design and power of the equipment to handle a given viscosity. 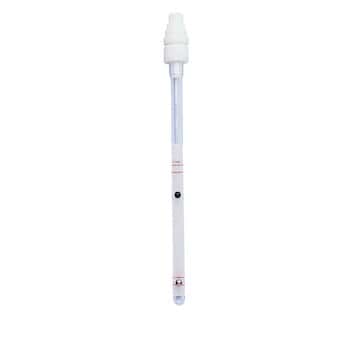 The falling ball viscometer measures the viscosity of fluids and some units can also measure the viscosity of gases. The concept is described in the name. An equation is used to calculate viscosity based on the time it takes for a sphere to move through a tube using the force of gravity. Repeating the process to establish an average will provide the best results. The design, which involves various calculations, allows these instruments to work in wide ranges and with reproducible results. 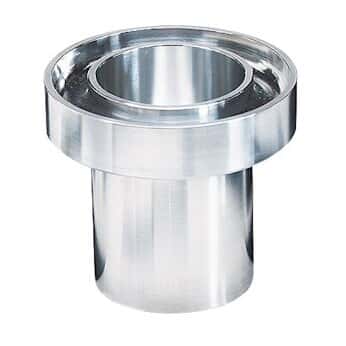 The various forms of viscosity cupsspan> use gravity to allow a fluid to flow through an orifice located at the bottom in a precise amount, which can be measured over time to calculate a viscosity value. The most common viscosity cups are Ford, Ford Dip, and Zahn cups. The temperature of the sample must be taken into account when using standard oils to verify the calibration. These economical cups produce very reliable results. However, they need tight tolerances on the sample temperature and require the user to accurately use and record the results. 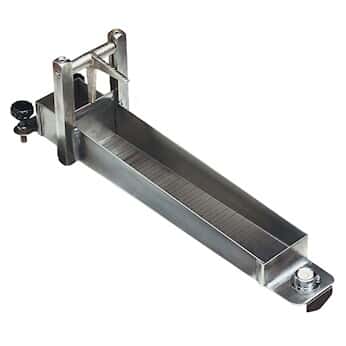 The consistometer is a metal trough with graduations which measures viscous materials as they flow at an incline under their own weight. These are primarily used to measure paint viscosity to ensure conformity to military specifications. Consistometers also work well for many food applications such as syrups, jellies, and sauces, as well as cosmetics. Consistency, viscosity, and flow rates can all be verified against established standards. The consistometer doesn’t actually measure viscosity values directly: Its measurement is based on how far a fluid will flow down an incline in a certain time frame. This can be correlated to viscosity by using established standards. Users can develop their own standards and procedures specific to the product tested. While consistometers can’t be used with all samples, the low maintenance and ease of use make them very popular. 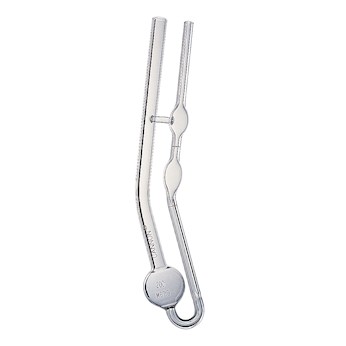 Glass capillary viscometers are used primarily in conjunction with test methods which conform to a particular ASTM. A wide range of glass capillary viscometers are available, including Ubbelhode, Cannon-Fenske, BS/IP/RF U-tube, and Zeitfuchs. These instruments are typically used in conjunction with viscosity baths in order to maintain a stable temperature. The instrument’s low cost and established accuracy make them a desirable choice for measuring kinematic viscosity in applications such as asphalts, lubricants and fuels, paints, and polymers. 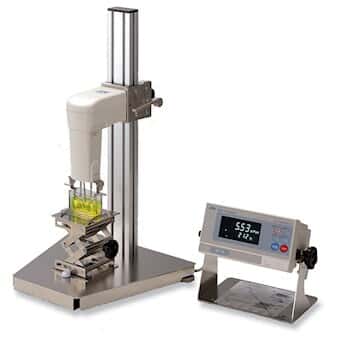 Featuring a level of 1% of reading, tuning fork vibration viscometers deliver a high level of accuracy. They measure viscosity by detecting the driving electric current needed to resonate two sensor plates at a constant frequency. In contrast to many of the preceding instruments, the digital display of the reading eliminates inconsistencies from user variations in operation. A small sample size of 10 to 35 mL and PC interface capability are notable features. 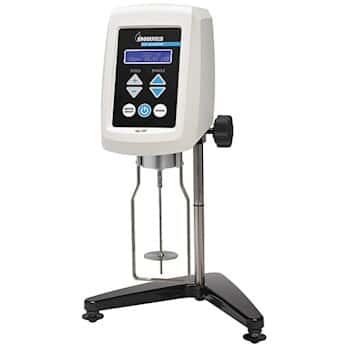 Rotational viscometers accommodate wide ranges well into millions of centipoise and are considered the most versatile type of viscometer. Their digital readout and ease of use also provide a high degree of accuracy. Once the optimal spindle and rpm have been established, a test procedure written by the user can ensure consistent results. As the spindle rotates through the liquid, a sensor reads the torque necessary to keep the spindle moving at a constant speed. This is proportional to the viscosity, which is converted into a measurement value. Advanced units include software which produces graphs and charts in addition to logging data. Information to be logged includes the spindle number, rpm speed, sample temperature, and volume. Users may also keep track of the percent torque and the specific gravity of the fluid.