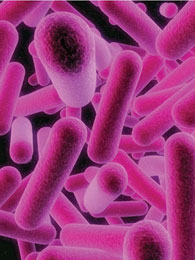 Maintaining a safe working environment relies on a number of GMP procedures. For example, by ensuring that if an organism is released from its container, either by accident or intentionally, it remains in the laboratory and presents minimal hazard to laboratory workers. GMP is also required to prevent cross-contamination of different micro-organisms.

Despite compliance to these safety frameworks, there are various reports of organisms being detected in the laboratory environment that pose an infection hazard to workers2- 4. In some instances, good practice can break down to the point that these threats result in laboratory acquired infection5-10.

Another consequence of microorganisms present in the laboratory environment is contamination of experiments and tests. This can have serious consequences in diagnostic laboratories where contamination has led to false positive results 11-13.

Technological advances in the manufacture of materials and coatings allow inorganic silver ions to be incorporated into laboratory instruments at the time of manufacture. Silver is known to be actively antimicrobial against a wide range of bacteria and fungi. Once the silver ions have been incorporated, they are permanently present at or near the surface of the instrument. This means that protection against instrument contamination, cross-contamination of laboratory work and infection of workers is continuous. Therefore, laboratory instruments that are in physical contact with reagents, test and experimental material and are subject to repeated hand contact by many users, are ideal candidates for manufacture with silver antimicrobial surfaces.

The antimicrobial effects of silver are thought to occur by three mechanisms: 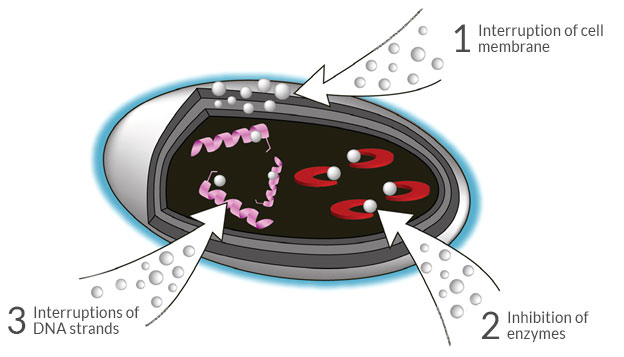 We describe here an investigation carried out in an active university research laboratory demonstrating the ability of silver ion BioCote treatment to reduce levels of bacterial contamination found on the surfaces of treated Cole-Parmer® Stuart™ equipment.

Sterile cotton-tipped Transtube swabs containing a neutralizing buffer (MW & E, Corsham, UK) were used to collect triplicate samples from the sample points of each instrument included in the study.

Swabs were collected once every two weeks for a period of two months. Swabs were inoculated on plate count agar and incubated aerobically at 86ºF (30ºC) for 48 hrs to determine the number of viable bacteria. Total Viable Counts (TVC) were obtained by colony counts and expressed as Colony Forming Units (CFUs). Mean TVCs were calculated from the total number of colonies isolated from each product sampled.

The instruments tested in this study were regularly subjected to hand contact by several laboratory workers and were in close physical contact with test material and reagents. The results, shown in Table 2, demonstrate that the mean TVCs found on the BioCote-treated Stuart equipment was reduced by more than 96% compared to untreated equipment tested in the same laboratory. 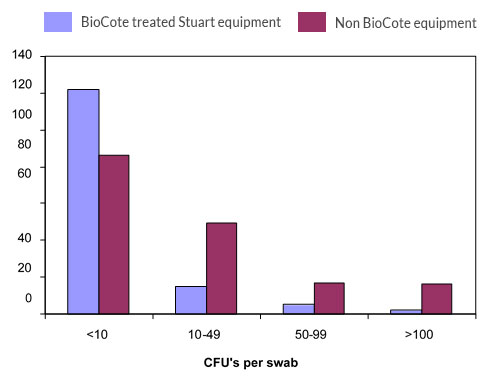 This study has demonstrated that levels of microbial contamination found on BioCote treated Stuart laboratory equipment were reduced by over 96% compared to untreated instruments used in the same environment.

In environments such as laboratories and hospitals where acquired infection is a high risk, the role of cleaning and decontamination is central to the prevention and control of this problem. When built into laboratory or hospital equipment, antimicrobial technology such as BioCote will continually help to decontaminate surfaces. BioCote treated Stuart products therefore have a role to play in producing working laboratory environments that comply with the highest standards of health and safety. Learn more about how BioCote Reduces Lab Equipment Contamination 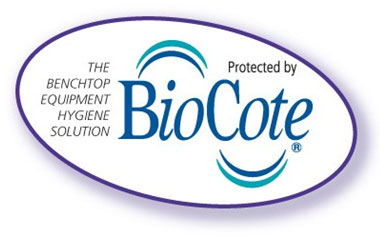