The lives and careers of many all over the world are devoted to bringing life-saving vaccines to the masses. Whether it is research and development, production or distribution, they are all part of an exciting story that has shaped the global society as we know it today. 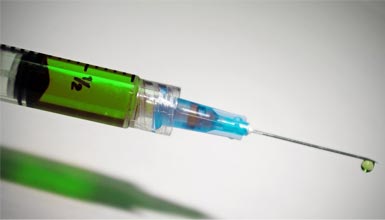 The relation between humans and diseases is as old as time - both inevitably looking for evolutionary dominance. The story of immunisation, as you may imagine, does not start with what we know today as vaccines or even the first vaccine that was created over 200 years ago.

In ancient China it was first noted that individuals who survived smallpox acquired an intrinsic immunity against it. This led to the practice of deliberate inoculation of healthy individuals, usually of royal descent, with infectious material, so they too could develop this natural form of protection. This practice gradually made its way across Asia and into Europe, but carried a huge risk of potential fatalities.

Edward Jenner, an 18th century English scientist, noticed during a particularly bad wave of smallpox infections that individuals from the farming community, who had come into contact with cowpox, had much milder symptoms when exposed to smallpox. He conducted an experiment, where he worked cowpox pus into two small cuts on a healthy patient’s arm. Although his patient suffered from the usual cowpox symptoms, later when introduced to smallpox particles, did not contract the disease. Thereby, giving birth to the first vaccination; a name that was derived from the Latin word vacca, meaning cow.

Today the vaccine sector forms a large portion of the pharmaceutical industry. Leveraged by years of expertise, new research, and controlled by stringent regulations, it is worth over USD $50 billion.

How Does a Vaccine Work?

The concept behind how vaccines work remains relatively simple—administer a weakened form of a pathogenic organism into a healthy individual, so the body can mount the necessary immune response and be ready to fight it the next time. With immunisation in practice, infectious diseases like polio and smallpox, that once obliterated communities, have almost been eradicated. Many others like measles, mumps, and whooping cough are also under control.

One of the initial stages of any immune response involves the production of antibodies. This mechanism shifts into gear as soon as the body encounters a foreign pathogen. Producing antibodies against specific pathogenic foreign antigens allows the immune system to recognise and subsequently eliminate the infectious particles.

Synthesising antibodies to foreign antigens can be a time-consuming process for the body; a process that organisms exploit by establishing colonies throughout host organs before an immune response can be launched. However, the same defensive mechanism can be initiated much faster if the required antigen is one known to the host system. This is where vaccines come into action—by introducing pathogenic antigens that do not cause infection, the body has the time to recognise and remember antigens and produce antibodies in large quantities that are useful in the occasion of a real infectious occurrence.

The journey of vaccine development begins with identifying the disease-causing agent, usually a bacteria or virus. Bodily fluids, collected by experienced medical technicians, are subjected to a number of tests designed to detect and isolate whole pathogens, as well as to purify foreign peptides and genetic material.

Once the pathogen has been identified, scientists can either develop live attenuated vaccines or inactivated vaccines for use in healthcare.

Live Attenuated Vaccines are usually developed in a lab using a tissue culture technique called serial passaging. To start this process, a suitable cell line is selected and pathogens are grown and harvested. The next generation of pathogens are selected for properties such as reduced virulence and slower growth rate, before being used for another round of inoculation. After a few hundred such cycles, the pathogens recovered still retain the ability to grow and produce an immune response but lose the ability to cause a successful infection in a living host. These vaccines can be extremely fragile and need to be carefully handled and stored throughout every stage of the development and production processes.

Inactivated Vaccines are grown in tissue culture media and then inactivated with heat or chemicals. Further processing and purification is often carried out to extract peptides, polysaccharides or conjugate components that are included in the vaccine formulation. To gain full immunity, repeat doses of these vaccines are usually required. Recombinant Vaccines are produced using genetic engineering technologies, where recombinant DNA is exploited to develop live genetically modified vaccines, recombinant inactivated vaccines, or genetic vaccines.

Genetic Vaccines are circular pieces of DNA, called plasmids, which contain the gene of interest from a pathogen and a promoter sequence. After being administered, the plasmids initiate the expression of the antigen proteins in the host organism. During production, bacterial cells are used for the maintenance and multiplication of the plasmids, which are extracted and purified once they are ready.

While the antigens in vaccine formulations evoke the immune response, without some added ingredients, vaccines would fail to perform.

The first additives to consider are Adjuvants, particles that help bolster the final immune response of a vaccine. The most common adjuvant, a list of aluminium salts, has been added to vaccine formulations since the 1930s. It was originally believed that adsorption to the insoluble salts prolonged the body’s exposure to the antigens invoking a stronger immune response. However, more recent studies suggest that it is the cytotoxic properties of these salts that trigger an enhanced reaction from the body’s immune system.

Preservatives are added to vaccine formulations to prevent the growth of unwanted microbes that can contaminate the vaccine once it has been opened. Thiomersal, a mercury-based preservative, can often be found in tiny quantities in vaccines that are packaged in multi-dose vials. Use of these preservatives also gives the manufacturers the capacity to quickly produce vaccines in large quantities in the event of an epidemic.

Emulsifiers and Stabilisers are added to vaccine formulations to ensure the mixture holds together and is protected against fluctuations in outside temperature during packaging, transport and storage.

Residual chemicals, acid regulators, and antibiotics can also be found in trace amounts in some vaccine formulations. These tend to be remnants from the manufacturing process.

Safety, quality, and product efficacy are the prime legal responsibilities of the manufacturers and the regulatory authorities of the countries where a vaccine is manufactured and marketed. Guidelines for regulatory oversight and licensing have been established by WHO (World Health Organization). This includes recommendations for national control, regulatory procedures for import, the function of the national control laboratory, and post-licensing monitoring.

Many in vitro and in vivo tests have been specifically designed to determine quality and potency of vaccines. While animal models have traditionally been used for most of these tests, with the advent of molecular biotechnology, there are increasing uses of molecular methods for the characterisation and quality control of vaccine products. These include PCR (polymerase chain reaction) based methods to determine vaccine virulence, ELISA (enzyme-linked immunosorbent assay) to assess antibody response, cell culture for antigen quantification, and particle sizing and HPLC (high performance liquid chromatography) to determine adjuvant concentrations. With animal testing becoming increasingly inaccessible, successful implementation of molecular test practices would benefit the vaccine industry in the long run.

Before a vaccine can be certified for human use, it needs to be validated through several rounds of pre-clinical and clinical trials.

Once a vaccine has been successfully designed, it is studied using tissue-culture systems and animal models to determine the safety and immunogenicity of the finished product. These studies help researchers understand the cellular responses they can expect from the candidate vaccine and tweak the formulation and dosage for the next round of tests.

Once a vaccine clears pre-clinical trials, it is ready to be tested on a small group of healthy people. A challenge test, where subjects are exposed to the disease in order to determine vaccine effectiveness, might be used alongside suitable controls.

This trial is then opened up to a larger group, including at-risk individuals. The tests are randomised and often include a placebo group for comparison.

After the successful completion of the first two rounds of clinical trials, the vaccine is tested on a group of thousands or even tens of thousands of individuals. It is important to validate the vaccine in a group of this size, as rare side effects may only manifest in a test group with a considerable number of participants. For example, an adverse event that occurs in 1 out of 10,000 people may only come into the light once a significant number of people have been exposed to the vaccine.

Regulatory authorities independently verify these tests before issuing a licence for the sale and use of the products.

Additionally, the manufacturer can continue to carry out optional tests to monitor safety, efficacy, and other potential uses for the vaccine after it has been approved for distribution and use. 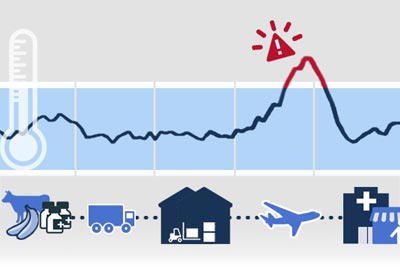 Vaccines naturally biodegrade over time and they can lose their effectiveness faster if they become too hot or cold. “Cold chain” is a term used to describe the cold temperature conditions in which certain products need to be kept. Maintaining the cold chain ensures that vaccines are transported and stored between +2˚C to +8˚C until the point of administration. This means they cannot be stored outside of the recommended temperature range, even during transport.

Freezing a vaccine can irreversibly denature proteins in the formulation, destabilising and destroying the emulsion. Additionally, this can cause the vials to crack, potentially contaminating the contents.

Vaccines that have not been transported or stored according to cold chain specifications no longer retain their product licence and therefore cannot be used. Today, with the use of advanced instruments, it is much easier to maintain and monitor vaccine temperature throughout its lifecycle than it has ever been before – guaranteeing greater safety and traceability.

Immunisation is one of modern medicine’s greatest success stories. Vaccine development involves a plethora of individuals—from medical and scientific professionals to production and transport staff to the general public. It is a complex industry that touches the lives of everyone. Not only do vaccinations prevent sickness and death but also hold up broader gains in education and economic development all over the world. As diseases continue to evolve with changing times, it is of utmost importance that vaccine development and distribution efforts continue with vigorous furore.

More About Vaccine Research and Production